The words aforementioned speak on my journey to where I am now. In high school, I was diagnosed with Bipolar Disorder. With Bipolar Disorder, it is a chemical imbalance that can cause rapid mood swings that when left untreated can be a severe burden to the one with it and to those around them. You’re probably asking yourself, “What exactly does this have to do with fitness and the Les Mills brand?” Well, I’m here to tell you that it has everything to do with fitness.

It wasn’t until my senior year that I was diagnosed, but prior to that, I had been in intensive therapy and had run through many medications–I was even hospitalized for suicidal idealization. No one knew what was brewing inside me. I was the kid who would crack jokes and tend to others’ needs before mine. However, somewhere along the way I forgot to take care of me. I thought I was doing the things that people did to make themselves feel better. Wiser people than I always told me that if I felt pain in my life, try to bring joy and service to others. But not even their words of wisdom could solve my issues.

I tried everything but drugs and alcohol to make myself feel something other than walking around like the living dead. I was involved with several sports and activities hoping that even those would help. They did to an extent, but my disorder crept in and made sure those didn’t last long. My friendships—surprisingly few and far between—began to suffer out of nowhere. The once consistent jovial personality in me transformed into an emotional blender, spewing all the contents at the drop of a dime. If I wasn’t lashing out, I was sitting quietly entertaining existential thoughts and asking the questions, “Is life worth it? If I’m going to feel this way forever, why not just end it now?” My friends quickly took notice to the irrational, erratic changes uncontrollably oozing out of me and contacted my guidance counselor who informed my parents which led to me getting the help that I needed.

Now, also during that time, I did have some peaks of happiness, because mood swings go down and up, right? Well, since I was diagnosed Bipolar Type 2, it could be hard to decipher if it was an activity that kept me afloat or if it was the newly acquired medication that I was administered. Nonetheless, I was attending the local gym that held Les Mills classes. I started out taking BodyPump™, RPM™, BodyFlow™ and many others. The classes were fun and inspiring. For once I wasn’t the one who had to make others feel good; instead, someone was inspiring me to be better even in my tiresome struggle. Then came with wonderful class called BodyJam™. I was taking Zumba™ three times a week and loved every minute of it. I was the only guy in a room full of women. Now, don’t get this misconstrued because I am a man who “taste the rainbow” and wasn’t in it for what it may seem –Take that as you will. All jokes aside, it was a exuberant energy that I’d never felt before. To be with people who are trying to be better versions of themselves was the best medicine for me.

I would continue to take Zumba™ but eventually was coerced into taking BodyJam™ on a more consistent basis. It was so different and far more complex in movement than what I was used to. Change can be a lot, but because of the rock-star instructors, I persevered eventually grasping the meaning behind the routines. With each release, I began to understand that there was a story meant to be told, from the first song, to the very last. Zumba was fun for me, but BodyJam™ hit me on a spiritual level unlike anything else. Through every breathless moment, to the extremely sweaty routines, I finally for the first time in my life experienced nirvana—or at least the closest thing to it.

Years passed, and I had graduated from high school and now was deciding which way to go with life. I knew one thing was for certain: I could not become so encapsulated by life that I cannot experience BodyJam™ frequently. With that in mind I stayed locally on tried to figure things out. I attempted going to school, but found myself uninspired and not as passionate about it as I thought. I had a rather traumatic experience at one of the classes on campus and decided that I was going to take a break. In that break, I would receive a phone call from one of my instructors. Apparently, her and a few other students noticed my commitment and passion with BodyJam™ and suggested that perhaps I should teach it. I, of course laughed at the thought of me being a leader when I wasn’t even able to lead myself out of my mental state. I also wasn’t exactly what “fitness” should look like—or at least what the gym posters said it should look like. That being said the bug that she planted in my ear just kept on buzzing as the weeks went by. Eventually I caved in and decided that I would entertain the idea. My only issue was money for the training.

This is where the game changed for me. The members had been raising money for me to attend an initial training that was coming near us. I couldn’t believe the generosity of a group of people who felt the need to support something that I didn’t even see worthy of supporting for myself. I had no choice but to attend the module training. It was the least I could do with people counting on me to give it my best. I received my kit—when our releases were mailed—and began trying to learn my tracks.

After long days and nights of trying to memorize and stuff any and everything that I had in my arsenal into my brain, the day of training came. What a weekend it was. I left training not only exhausted, hungry for food and ready for a hot bath, but I left there being more appreciative of the brand of Les Mills and feeling empowered to inspire people to better themselves. I am so thankful to my trainers, Nikki Schultz and Mysti Oglesby who saw something special in me, and my long-time boss, Kimberly Corzatt for seeing and tapping into my potential as an instructor.

From training, I would go on to teach one class to eventually six BodyJam™ classes a week, as well as garnering my aquatic certification that had me at a crazy-full schedule of 14 classes a week! I say all of this to let you know that wherever you are and whatever you’re fighting through, don’t give up. If you have to crawl to begin walking the pavement again, do it and don’t be ashamed to ask for help along the way. It was in my vulnerability that I found my tribe, my purpose, my people and the antidote to my suffering. So, what does fitness have to do with mental illness? Everything.

POST-ARTICLE COMMENTARY: The last 48 hours have been emotionally taxing, but even the negativity that pursues to encapsulate the remaining morsels of humanity left within me have to be balanced by the positives that remains. I had the honor and privilege to be a contributor to Les Mills’ latest Tribe Talk, which is a network for other instructors in the business to inspire, teach and enlighten their contemporaries. I candidly share my instructor journey, how fitness can turn the tide with mental illness, oh, and my journey with Bi-Polar Disorder as well. I hope this article shines light on the dark arenas in life that we are sometimes too uncomfortable to approach. In this day and age, it is vital that we keep open communication about mental health and share our stories of how we are winning these battles every second of every day. Always remember to be kind and never assume that even the most outwardly happy of people have it all; you may be surprised. I hope you enjoy this article! Again, I want to give a HUGE shout-out to Les Mills International for giving me a platform to share one of my many truths. 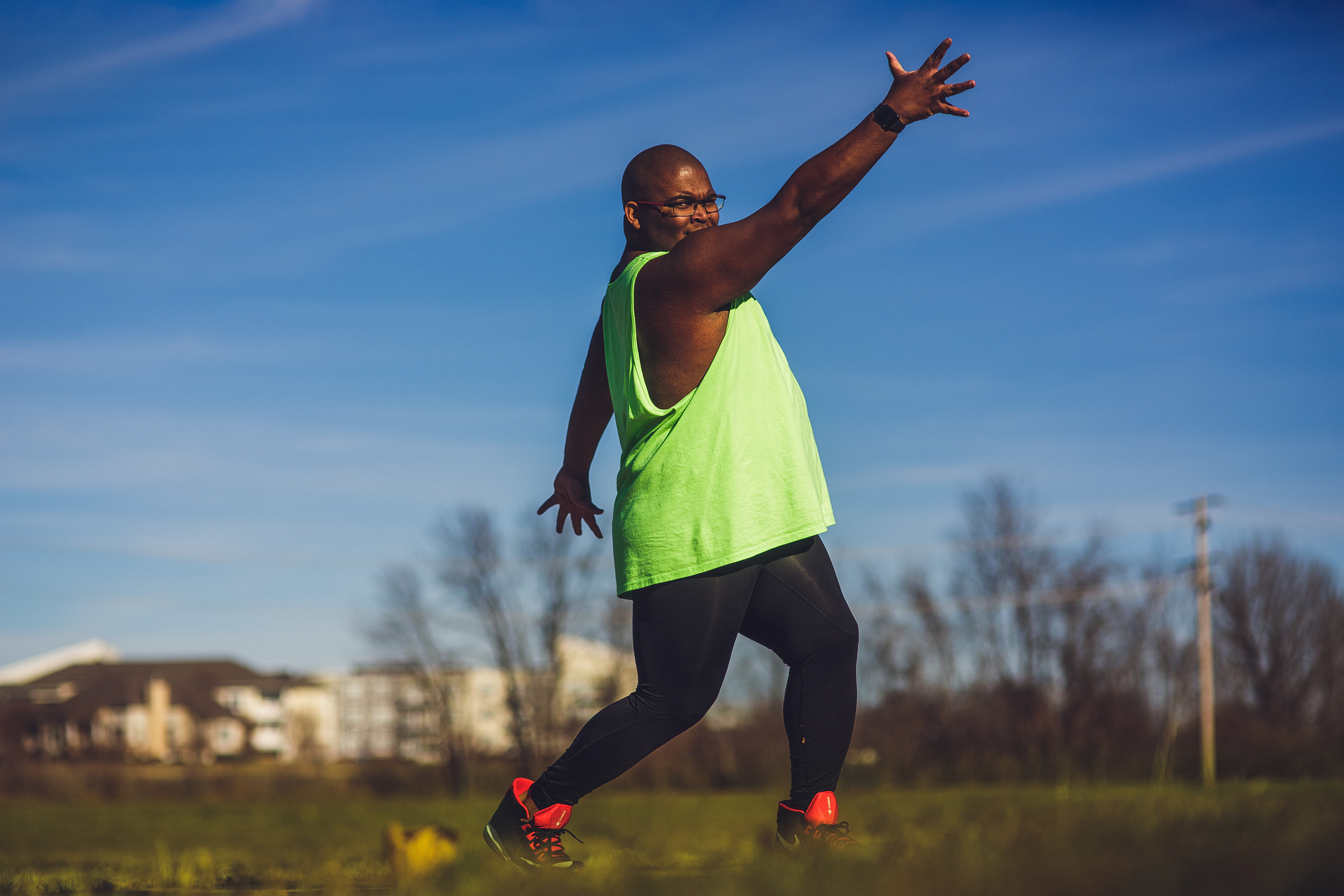